Given that my son hasn't seen the light yet when it comes to working wood without horsepower, I decided to make him a little video to show him what he is missing.

Here I am taking ¾" thick recycled oak and planing it down to ½" to use as drawer sides using my Stanley No. 5 and No. 6. I have converted the No. 5 to a scrub plane by grinding an 8" radius at the cutting edge of the blade so it hogs material at a satisfying rate. The No. 6 is running a "stock" blade, but one that is bloody sharp.

Dressing one drawer side takes about 30 minutes from start to finish, but I have chopped that down to a less than 5 minute video. I hope you enjoy it...

Mitchell
Posted by theparttimewoodworker.blogspot.ca at 01:46 5 comments 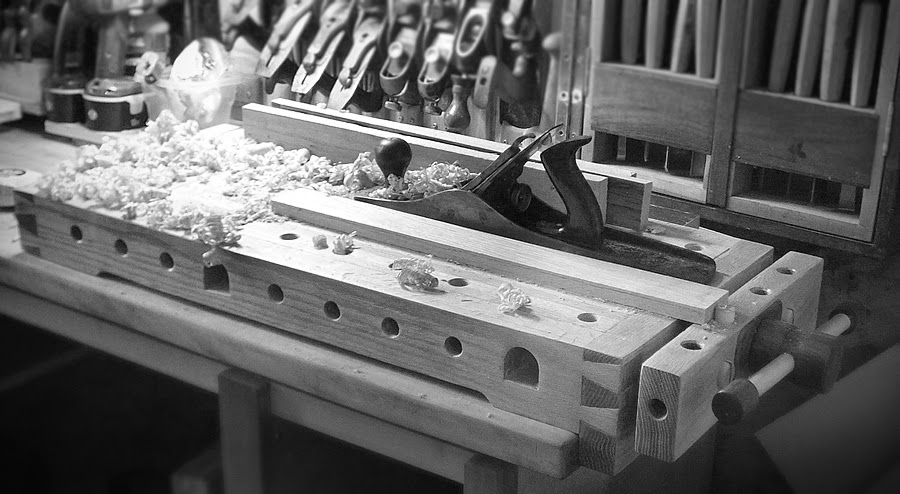 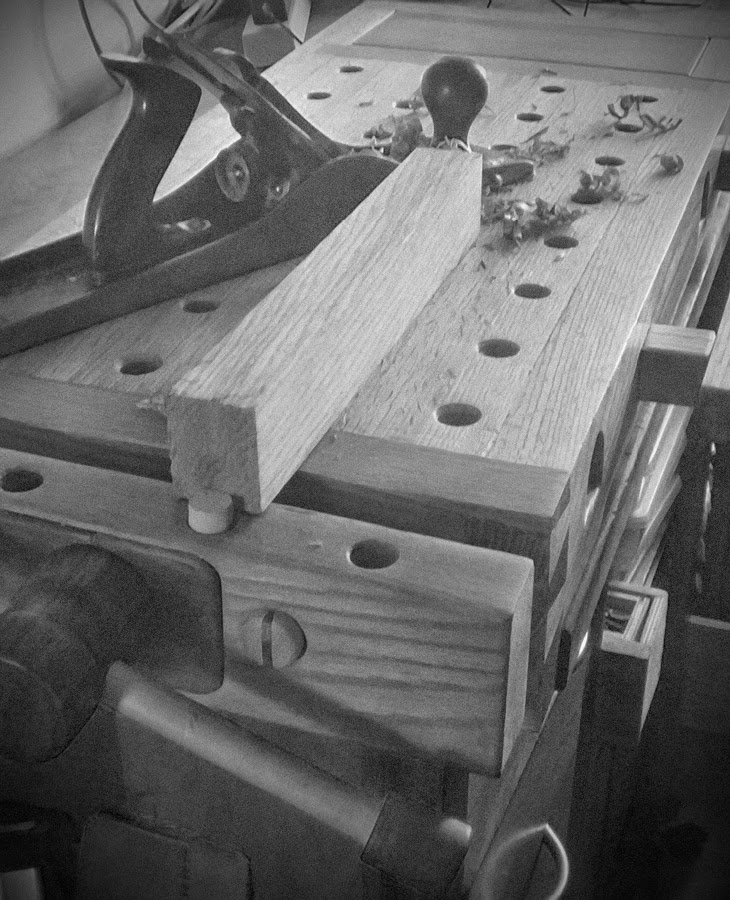 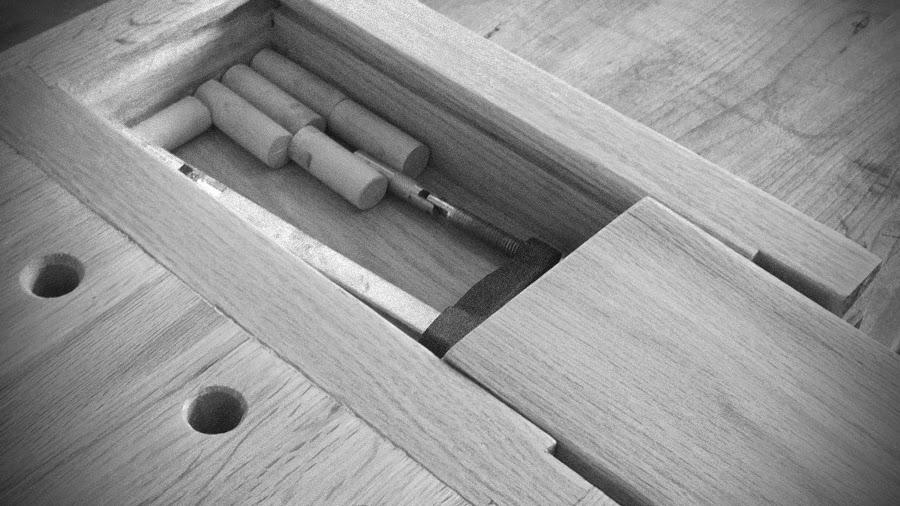