I had to trim the two ends of the centre stock for the portable vise and, frankly, I was a little worried about it. I'm just not very good at making square cuts with a saw. I'm sure it is an eyesight thing, and because I don't have any depth perception, it is damned near impossible to tell if the saw is at right-angles to the stock or not. I've tried different things to find a work-around, but I haven't been successful.

While checking out some woodworking videos on youTube the other day, I came across a post belonging to Paul Sellers, a woodworker in Wales, at least I think he is Wales. The post is "Part 3" of his, "How to build a workbench" and is titled, "Cross cutting the top", which seemed right up my alley at that moment. I watched the video and when it came time to bite the bullet and do the cuts, I decided to do it following Paul's instructions. It was a good decision

I marked out the cuts with a box cutter, fitted with an extra sharp blade. I then took a ¾" chisel and starting about ³⁄₈" on the waste side, I chopped out a bit so the wood angled into the knife-cut. I even went beyond his instructions and did the same to the ends that would face away from me while I worked the saw, but as it turned out, this second trough wasn't helpful to the saw, but it was for me. I could see it better than a line, so it helped me see where square was.

This is what the glue-up looked like when I was ready to take it outside and run a saw through it... 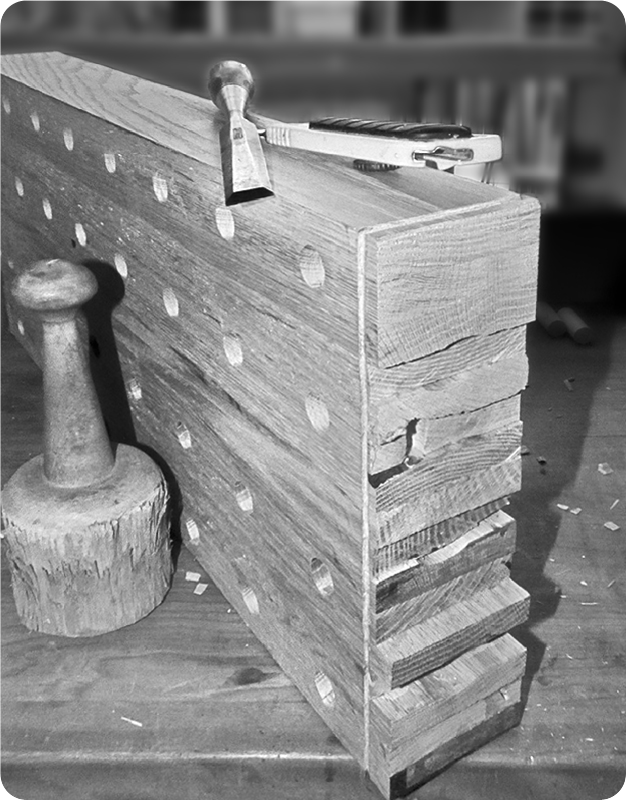 I have worked this trough-guide trick before, but only for short cuts. I do use a slight variation of it often for cutting dovetails, but I have never used in on a cut as long as this one or with stock as thick as this one. The theory behind it is that a saw is like electricity or water; it likes to take the path of least resistance. The saw will tend to follow the square cheek that the knife cut and if it decides to wander, it will be more likely to wander away from the perpendicular-cut wall. This is where the ramp that you cut with the chisel comes into play, as its angle will try to force the saw back against the square face, which just happens to be the line you want the saw to follow.

With this cut, though, Paul's instructions were a little different from what I was used to. What he suggests is that you follow the knife-line across the top of the cut, but angle the cut away from plumb across the bottom, leaving a little material on the waste side of the line. I used an old Diston full-sized crosscut and made the cut.

Once the waste was gone, I stood the block up on its end and using a Veritas Low Angled Jack, I  planned away the waste down to the line, doing so halfway across from one side, and then turning the stock around and finishing it off from the other.

I have to admit, Paul's instructions make cutting a very square end to a very big board very easy. 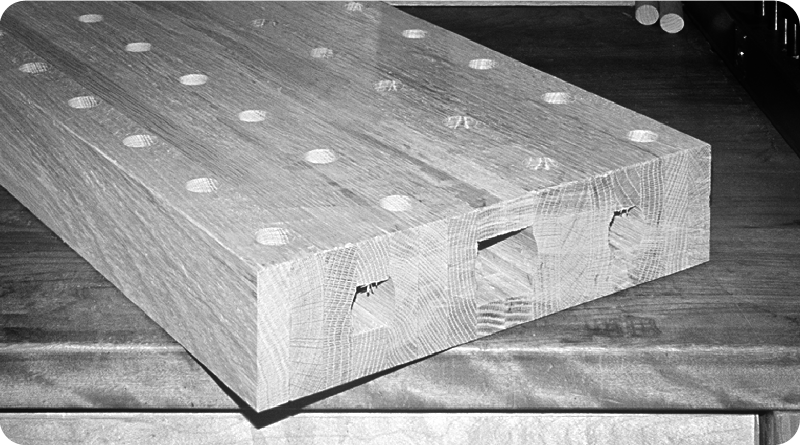 I was so impressed with the results, I decided to use the same process to cut a sliding dovetail in the side rails of the frame... 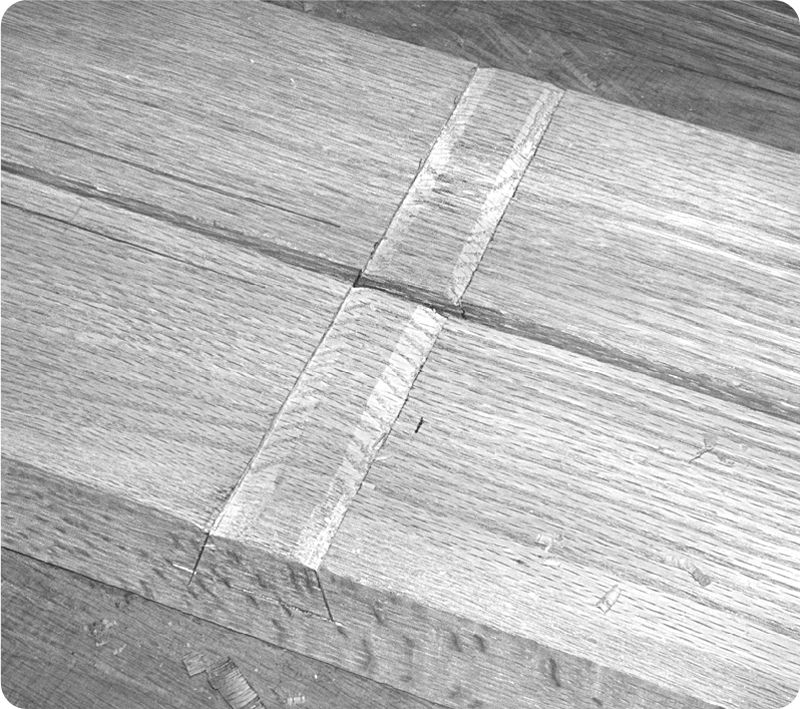 I'll let you know how I make out.