While searching around the web the other day looking for vintage tools I came across  vintagemachinery.org again, a site that offers up a treasure trove of owners' manuals and other information on, as the name suggests, vintage machinery. While I don't have the interest in power tools that I once had, I did read the owner's manual for my old man's 1949 Beaver 8" Tilting Auger Table Saw, Model CS3200, again, as well as the company's Products Catalogue and some other publications.

The following image is a compilation I made up from the different catalogues... 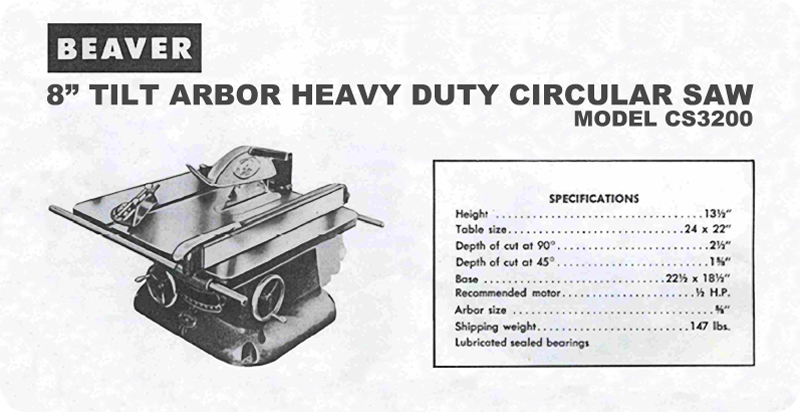 The "Beaver" brand was the trade name for machinery manufactured by the The Callander Foundry & Manufacturing Co. Ltd. located in Guelph, Ontario, Canada. They started operations in 1917 producing grey iron, brass and aluminum hardware and building items. In 1933, Callander took over a small company that manufactured woodworking tools and added these to their growing list of products. After the war years, a period in which they pretty much produced nothing but military components, Callander expanded their Beaver brand of tools and added some new twists to many of them.

One of their more innovative design additions was a new tilting arbored table saw mechanism that could be produced cheaper than all the similar products produced by their competitors at the time. What they developed was a lighter motor mount that was an integral part of a lighter arbor mechanism, without giving up strength but still allowing it to tilt with the motor. They claimed the new design was as good or better than the existing design, but much, much cheaper to produce.

It was this particular innovation that first caught the attention of the newly formed Rockwell Manufacturing Company. Rockwell was so impressed with this new design, in 1953 they bought the rights to the Beaver brand of tools. In 1954, Rockwell Manufacturing Company came back and bought out all of Callander's remaining assets, rolling them over and into a new company, specifically named "Rockwell International".  It is pretty cool to discover that the largest woodworking tool manufacturing company in the world started out using a Canadian manufacturer as their base.

Reading through the information about this 8" table saw also produced some other surprises for me.

My old man's example of this saw is still my favourite tool, bar-none. Its only drawback was its weight, which I always calculated as being about 80-pounds. Reading now that it actually weighed 147-pounds not only surprises me, but ticks me off a bit as well. I remember being 11 or 12-years old and having to haul that thing from the trunk of the old man's car to wherever we were working and constantly getting shit when I got there because I always seemed to end up hefting it using the fence guides. Discovering the weight of that saw now makes me wonder how I grew up with the ability to talk with a low voice - if you get my drift.

Another surprise was the cost. The list price for this saw, back in 1949, without the stand, was $119.50, which would be equal to $1250.00 in today's dollars. That is a heck of a lot of money for a portable table saw, if you could call it that, especially when the average carpenter plying his trade in Toronto in 1949 would have been making, at best, $1.25 an hour. I have a feeling the old man probably had to forgo his beer for a few weeks to get it. That must have killed him.

Oh, ya. The first woodworking project I ever assisted my dad with was when I was 7-years old. It was a "hot rod" (push cart) for me and every stick of wood that went into it was cut on that Beaver table saw - curves and all. I knew the old man missed it when it came to the proportions, but I didn't care. To me, it was one sweet ride... 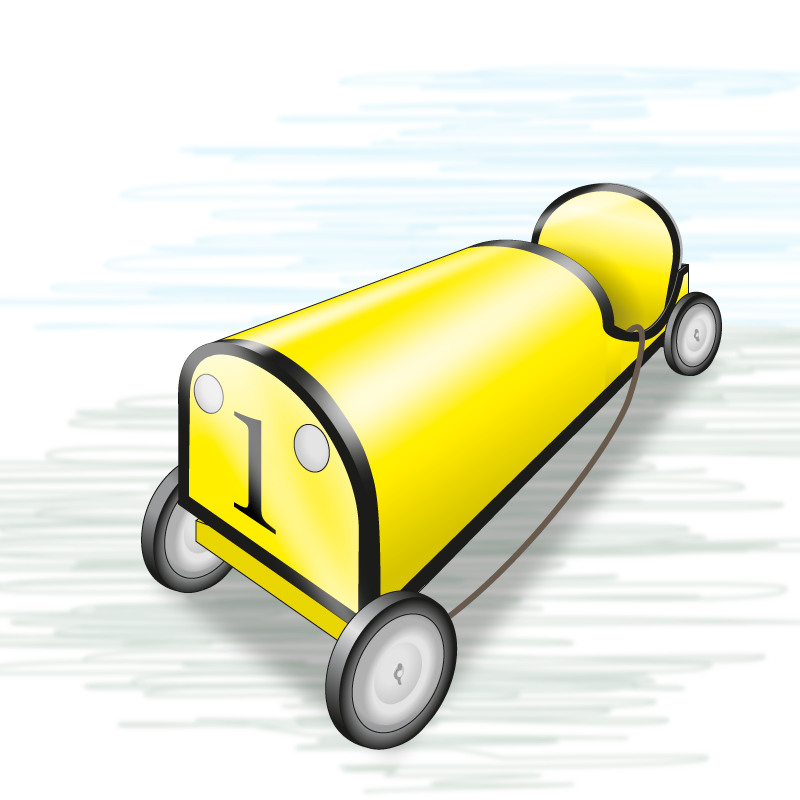