When You Say It Will Never Happen...It Will...

I love looking at old tools, in my hand or in photographs, it doesn't matter. Because of that, I look forward to receiving Martin J. Donnelly Antique Tools' biweekly tool listings. There are always packed with the coolest tools out there and the biggest buzz is that I can try and buy the ones I like.

In the preamble that lead up to their Indianapolis Spring Antique Tool Auction that took place the end of last month, there was a Stanley No.51 listed. It had a chipped mouth at the lower corner and it appeared that someone might have re-japanned it. It's saving grace was that the bare metal looked clean and unpitted. A true user if there ever was one. As I have seen examples of this plane that were in far worse shape than this one go for more than 300-bucks, I placed an absentee bid that I thought was absolutely whacko and would never win.

A couple of weeks later, there was a listing for a Stanley No.72 Nose Section. In all the auctions and dealers listings that I have looked at over the past six years or so, I think I have seen maybe three other regular nose sections listed on their own. Thinking, what the hell, I placed another absentee bid that I thought was way below what it should bring.

Have a look at my latest acquisitions... 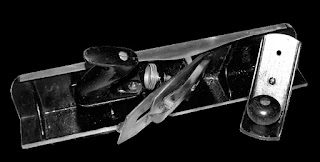 I have no idea what happened at that auction, but they both came in below what I thought were a crazy bids.

The No.51 isn't bad, so I think I'll keep it around for a while and put it through its paces. 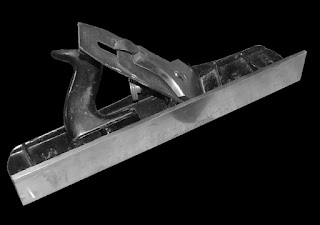 As it turns out, the No.72 Toe Section is "good", or maybe even "good +". The wood is great and, thankfully, the rest hasn't been beaten to death. It also has about 70% of its original japanning left. 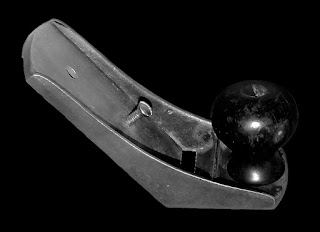 What really makes it sweet, though, is this... 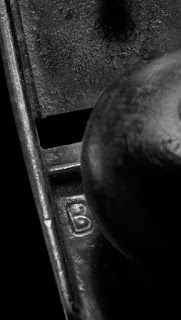 There are two other facts about this piece that I would like to mention...you can buy it, or you can trade me a No.72 bull nose for it. Now how great is that?